Scorpions: They Glow In The Dark! 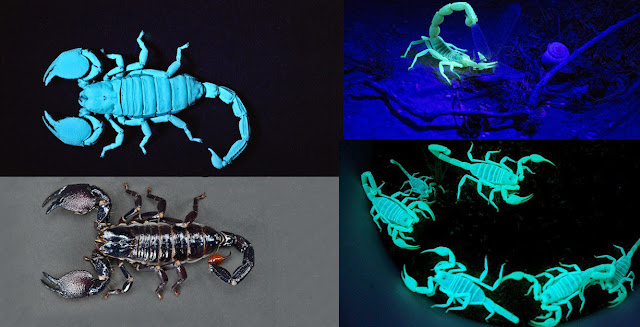 It's called being bioluminescent.  When UV light is shined on a scorpion it glows! Scorpions are the most active just after sunset, which the only time when UV light is more prevalent in the sky than the colors we can see.  They also only have one light detecting pigment in their eyes, which is tuned to only blue-green.  But otherwise, there are no confirmed scientific theories for why scorpions are bioluminescent - which is fascinating!

And what's even more fascinating is that scorpions are not the only bioluminescent creature on this planet. But that's a topic for another day....