Today's animal is not only amazing, but fascinating, beautiful, captivating, and many other things....

It's the Feather Starfish! I'm going to post a video and several pics below to prove that this species of echinoderms are all of the things I said they are above.  But first, some amazing facts:

Now for some pics showing the amazing diversity of this beautiful species: 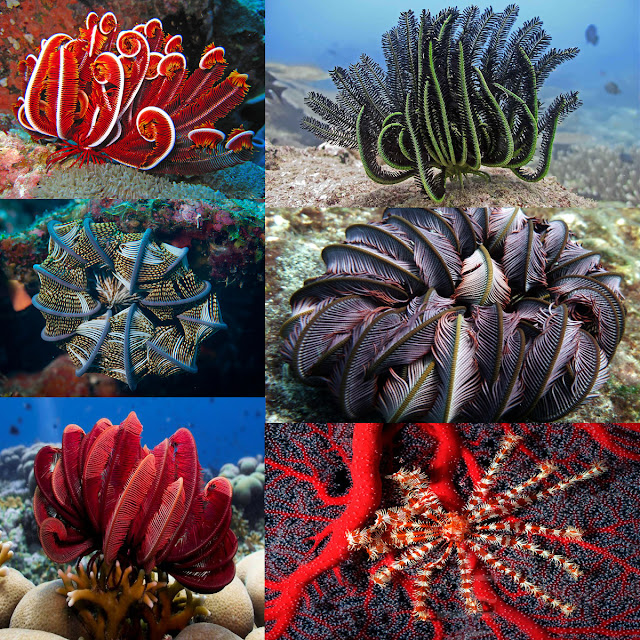